In 2002, whilst working as Senior Naval Architect for Keel Marine Limited Dr. Read was appointed to be a member of the Robin A. Williams & Co LTD team for the project to replace Royal Research Ship R.R.S. CHARLES DARWIN.

The initial project stage involved the preparation of the Statement of Requirements (SOR) and in this Dr. Read had an active and important role assisting and supporting the Robin A. Williams OBE in writing and developing the SOR, Preparation of the Business Case and budget, Detailed Concept General Arrangement and Systems Drawings, Statement of Requirements and Quality Standards for the NERC. He further assisted in preparation of the shipyard pre‐qualification documentation and helped in advising on shipyard returns for shortlisting.

The second stage of the project involved Dr Read in the development of the technical marking scheme which was developed based on each section of the SOR. During the tender period Dr Read then assisted with the answers to bidder’s questions and participated in the bidder’s conference. On receipt of tenders, Dr Read was part of the team who reviewed and scored the tenders for their technical content, providing commentary on any non‐compliance with the SoR and highlighting any technical deficiencies. 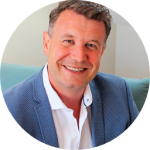 After shipyard selection, Dr Read participated in final contract negotiations attending the shipyard in Norway with the project team, helping with advice on technical issues related to the negotiations. On start of the submission of plans from the ship designer Dr Read participated as a member of the plan review team, reviewing and commenting on a range of calculations, designs and drawings and assisting Robin A. Williams OBE in his overview of all the plans. Ensuring the builder’s proposals conformed to the requirements of the shipbuilding contract, the SOR and the relevant regulatory bodies and authorities. Ensuring they were in accordance with good engineering and current good shipbuilding practices and that all relevant requirements of NERC were incorporated in the plans. During this design phase Dr. Read also attended propeller testing in Germany on the state‐of‐the‐art quiet propellers to be used on the vessel.

From start of construction in the shipyard in Poland Dr Read attended the yard on a regular basis as part of the construction supervision team, inspecting steel and aluminium construction. He later moved to Poland to join the team during the supervision of the outfitting, machinery, winches and over‐side handling equipment installation. Ensuring that all work was carried out in accordance with the contract and with the construction drawings. Additionally, liaising with the other members of the supervision team dealing with specialist aspects of the construction such as noise & vibration, machinery, electrical engineering, ventilation and winches and over‐side handling and liaising with the classification and flag state surveyors during their inspections.

Working in close cooperation with Machinery and Electrical supervisors Dr. Read assisted in the formulation of a complete set of Harbour Acceptance Trials (HATs) for each vessel system. He later took part in these trials and subsequently joined the team on Sea Acceptance Trials (SATs).

The minimising of Under Water Radiated Noise and shipborne noise and vibration were of particular importance for this vessel and much effort was put into ensuring these aspects were at the forefront of the shipyard’s mind during design and construction. The RRS James Cook was successfully delivered in 2006 on time and on price. Extras to contract were only 1.7% well within the 3% contingency allowance. Note also that, while some of the contingency was utilised for further improvements to the vessel, some £750,000 was returned to NERC as not being utilised such was the rigorous nature of the Statement of Requirements and attendant documents.