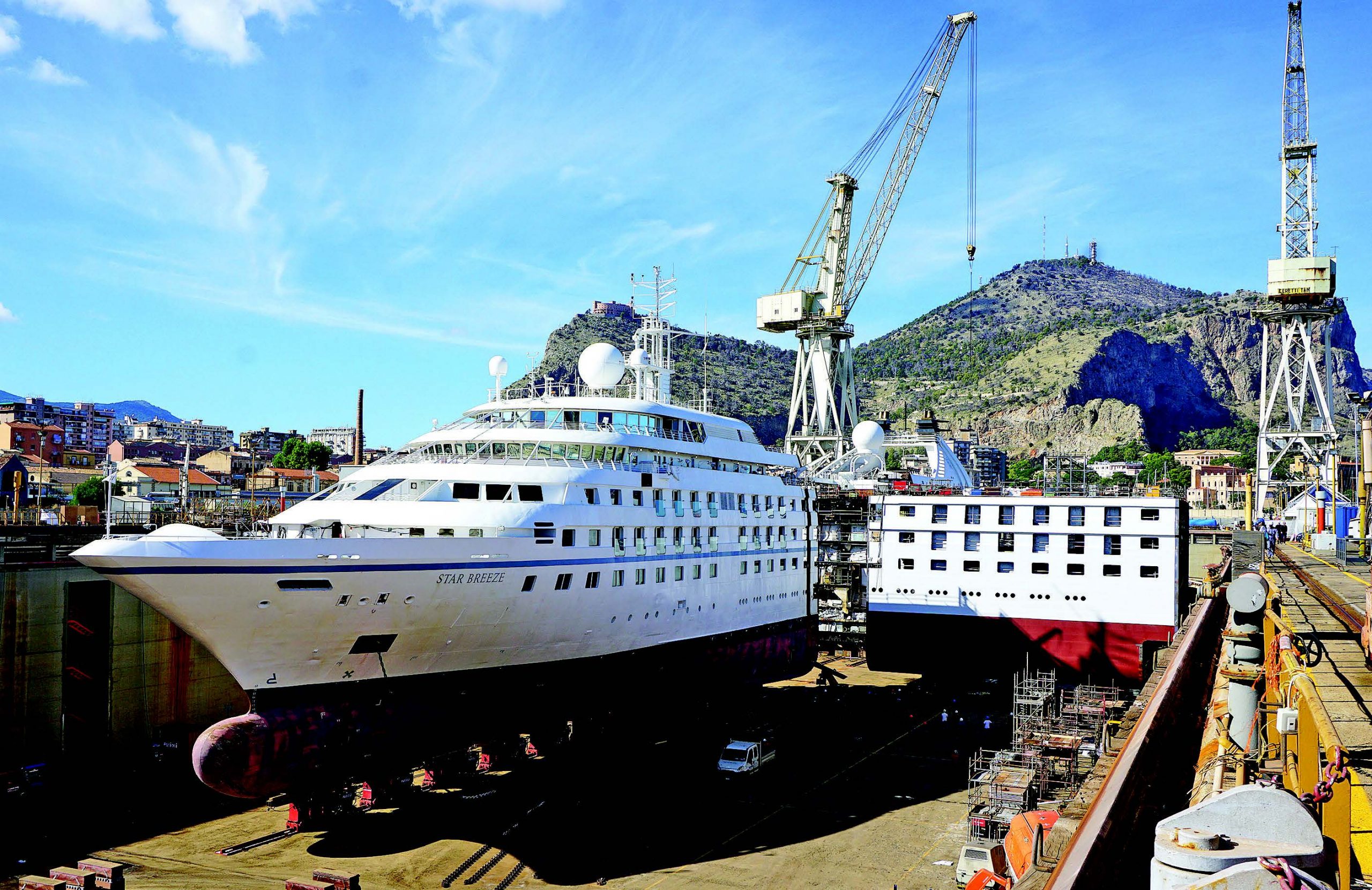 Gelen Marine in the news

When the Star Breeze went under the knife at Fincantieri in Palermo, it was easy to focus on the dramatic immensity of the project. Splitting the ship in two to slide in a new 25.6-meter midsection allowed Windstar Cruises to add two new restaurants and 50 new cabins, a new spa and fitness center, and new bathrooms.

It also afforded the opportunity to upgrade 30-year-old systems that may not be headline grabbers. The stabilizers were removed and sent to the manufacturer for an overhaul, the shafts were similarly removed and refurbished, and a new midship elevator was added. The five month drydock has the ship re-engined – reconfiguring the entire power system from four engines and three generators to two engines with two generators, explained John Gunner, the industry veteran overseeing the lengthening projects.

Tier III
“When we’re at sea cruising, we’ll be able to operate just the two main engines using a take off from the gear box to produce electrical power for the whole ship. So this will make the ship more efficient and help us in terms of the environmental footprint,” Gunner said. “It was very important when we were developing this project to make sure that we could make

No one has ever stretched a ship while re-engining and doing all the other things we’re doing.

this ship as environmentally friendly as possible.”

Running on MGO, the engines are outfitted with selective catalytic reactors by Wärtsilä to remove NOx, making them Tier III compliant. Two go with the engines and two in the funnel.

“It’s more expensive, but it takes care of the 2020 regulations for sulfur because we don’t have anywhere we could put scrubbers,” he said.

Speaking at the shipyard, Windstar President John Delaney was clearly impressed by the project three years in the making.

“No one has ever stretched a ship while re-engining and doing all the other things we’re doing. We’re confident in doing this because of the team at Fincantieri,” Delaney said.

It was very important when we were developing this project to make sure that we could make this ship as environmentally friendly as possible.

“We’ll put a new fire detection system in. We can use the existing heads and the existing wiring. But with the new central fire system we get a more up-todate system that provides us with better safety,” Gunner said. “There’s nothing wrong with the 20th Century system. But if we can upgrade any of these systems, obviously modern technology is helpful.”

“Lifeboats for passengers and crew. But if there was a lifeboat that was not functional for whatever reason we have life rafts as well,” Gunner said.

Star Plus
The project brought together a team of industry veterans. Paul Allen is an advisor to the project. Paul Barrett is overseeing the repair and maintenance side. London-based naval architects and engineers Gelen Marine was hired to supervise construction and conduct inspections.

Gunner came out of retirement in 2018 to be Windstar’s director of marine and safety operations, before taking the lead on the $250 million Star Plus Initiative, which will see the Star Breeze, the Star Legend and the Star Pride stretched in succession through November, 2020.

The initial idea was a three-month consulting stint for Gunner but things grew from there, Delaney said.

“He was going to help with some technical stuff and three years later he’s still here as our vice president of expansion,” Delaney said.

“It’s pretty surreal to stand here today and see this finally split apart,” he said. “These ships are fantastic. But when they were built they didn’t have things that are important today; for example, the new pool, the spa, the extra restaurants. So, our big focus has been to make the enhancements and the renovations but to keep the intimacy.”

Gunner, gleeful in Sicily when the new midsection was slid into place, said the project was beyond any normal renovation.

“It is the most complex project of this nature that’s ever been done,” he said. “I like to think it’s a transformation. It’s not just a lengthening. It’s a complete transformation. From a technical perspective, from the passenger facilities perspective, and from the hull itself.” – Mat Probasco